Yes, Virginia, there *is* still sizzle in Silicon Valley

Yes, Virginia, there *is* still sizzle in Silicon Valley 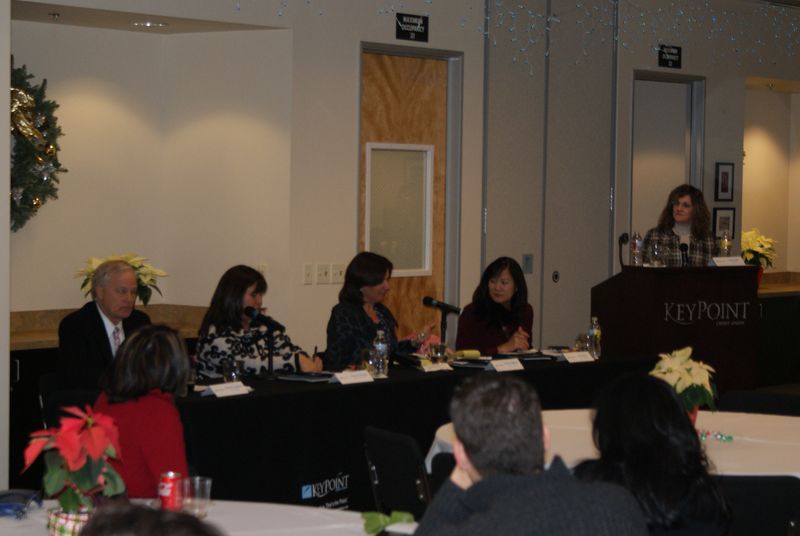 Earlier this month, I had the opportunity to host a panel of four Silicon Valley mayors, sponsored by the Young Professionals of Silicon Valley  (SVYP) and Keypoint Credit Union.

We asked these local officials what was new and exciting in their towns, what would make their cities attractive to young professionals and small business people, and what they were doing to keep their areas vibrant in tough economic times.

The specific answers were varied, but the general tone was similar. Each community believes strongly in the businesses and people that make Silicon Valley special. They’re supportive of small and new businesses, as well as the large technology companies that anchor their towns. They’re looking at creative ways to balance their budgets and maintain services to their community. They’re looking beyond the short-term economic situation and betting on the resiliency and versatility of Silicon Valley to come up wit the next new thing–whatever that may be.

From fruit orchards to technology, Apple and Google to hacker dojos and techology uncubaters, the Great Mall outlet center to the new 49ers NFL stadium–each of these towns plays a part in Silicon Valley. It’s an expensive place to live, but that’s the price you pay to be in the center of what’s hot. Sizzle on.