Posted on October 5, 2011 by Leverage2Market 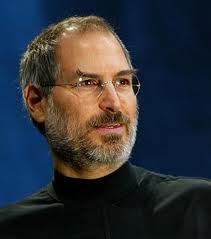 Billy Joel said it famously, “Only the good die young.”

Or maybe that should be only the extremely talented. Today, we mourn the loss of Apple founder and visionary Steve Jobs at the young age of 56.

There will be much remembering of all of the innovations and creative products and technologies Jobs brought to market, as well as much speculation about the future of Apple as a company without its iconic leader.

What’s interesting to me is how much Jobs brought to the world after his cancer diagnosis. Where others may have taken this health crisis as a sign to slow down or step back, he instead continued to drive forward personally–with unorthodox medical treatments and a risky liver transplant–and professionally, with such products as the iPhone, iPad, MacBook, and iPod Touch all created since his original illness.

In the musical world, we lost the geniuses Mozart and Chopin and Schubert and Gershwin much too young. A century or two later we still consider their works to be great masterpieces. Would the nth set of works from an elderly Chopin or Shubert still have been as powerful as their earlier work? Unforutnately we’ll never know–just like we’ll never have the opportunity to know what incredibly innovative ideas an elderly Jobs would have shared with the world. But it’s not unreasonable to expect Steve Jobs to be remembered a century for now for the changes he brought to our world.

Jobs will be eulogized the world over, but he was certainly no angel: The few times I met him I found him to be very abrupt and condescending. He could be difficult to work for or with. Not everything he touched turned to gold–some things didn’t pan out, like the Lisa or NeXT. Yet, like other geniuses who were lost too young, he had an incredible capacity to envision the way things could be and to drive forward to change the world.

We are all the better for the fact that even till the end, Jobs lived by the motto of one of his Pixar characters, Woody from Toy Story, whose pull-the-string motto was simple, “Reach for the sky!”

Rest in peace, Steve Jobs. The sky is yours.