Posted on September 22, 2011 by Leverage2Market

Eighteen years ago today, on September 22, 1993, my daughter Ilana was diagnosed with type 1 diabetes, just 5 days short of her 2nd birthday.

To say it was a frightening time is an understatement. She had lost 20% of her body weight and could barely stand up. The doctors handed me a syringe, an orange and a vial of saline and told us to practice giving injections because we were going to need to manage this ourselves–no doctors or nurses would come home with us to test her blood sugar or administer food or insulin as needed. We were on our own in a whole new uncharted world.

A few injections of insulin brought back the weight she’d lost,  the smile to her face and the energy of a normal toddler. But it couldn’t bring back the islet cells in her pancreas that her body had mistakenly destroyed or the way of life we’d gotten used to.

Eighteen years ago this week we learned how to do finger pricks and test urine samples. Today, the amount of blood and time needed to do a blood glucose test has been reduced dramatically and we no longer need to test urine.

Eighteen years ago this week we learned how to follow a strict set of dietary guidelines, including what exactly Ilana could eat and when. Today, with an insulin infusion pump, she’s able to deliver exactly the insulin she needs to cover exactly the food she wants, when she wants it.

Eighteen years ago this week we were told that type 1 diabetics fell into two groups: those who would wind up with life threatening complications, like blindness, kidney disease, loss of limbs or cardiovascular disease, and those who would not. We were told that we wouldn’t know for 18 years which group Ilana would be in, and there was nothing we could do about it. Today, with improved technology and medical advances, the rate of complications for type 1 diabetics has been reduced to the low single digits, and with good control, even these are decades away.

Eighteen years ago we didn’t know if Ilana would be healthy enough to go to college. Today, not only is she a junior at the University of Colorado at Boulder, but she is right now spending a semester abroad in Wellington, New Zealand–something we never could have imagined eighteen years ago. 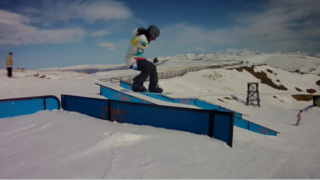 A lot has changed about diabetes in the last 18 years, but some things haven’t. There is still no cure, nor do we have the artificial pancreas we were promised was just “a few years away.” Millions of people live with this disease–some are type 1 like Ilana; many more are type 2, like my late father, who died of diabetic complications.

The Hebrew word for eighteen is Chai, or life. Eighteen years ago we walked into Stanford Hospital to save Ilana’s life. Today we walk in Santa Clara with JDRF to save the lives of the millions of people who have this disease now, or will be diagnosed with it in the future.

In honor of Ilana and all the other brave kids, parents and caregivers who never, ever get a break from living with diabetes, I will be participating in the upcoming JDRF Walk on October 9 in Santa Clara, CA.

Eighteen years ago we faced a diagnosis. Our dream is that eighteen years from now, we’ll be celebrating how much time has passed since the disease has been cured.